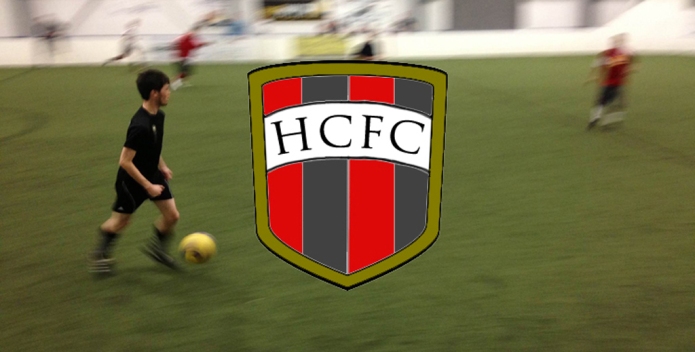 The Bellingham Sportsplex was the site of a thrilling match late Saturday night between Hillcrest FC and FC Dorkmund. Despite the late kickoff–11:00 PM–the action was fast and furious. The game never seemed out of reach for either team and Dorkmund withstood a late rally by Hillcrest to clinch the win.

Recap
Hillcrest started off the scoring with a odd goal from Tim Knipp. He was pressuring a Dorkmund defender against the wall and as the opponent attempted to clear the ball, Tim stuck out a foot and the ball ricocheted into the net for a Hillcrest goal. Dorkmund would control the rest of the first half, scoring two goals to take a lead. With seconds left in the half, a Hillcrest breakaway resulted in a goal for newcomer, Griffin, tying the score as the whistle blew for halftime.

The second half started out all Dorkmund as they scored two unanswered goals. Down by two with just fifteen minutes to play, Tim Knipp decided to take matters into his own hands. He scored one in the 31st minute and another just six minutes later. Dorkmund then took the reigns and scored two more of their own to pull ahead by two again. Tim wasn’t finished. He scored one more in the waning seconds of the game. But Hillcrest couldn’t possess the ball long enough to mount another attack and Dorkmund held on to win, 5-6.

Player of the Game
Exhausted after a day of skiing, Tim Knipp’s four goals seem even more amazing. His relentless pursuit of the goal has carried this team all season long.

Brick Wall Award
The score would have been much more lopsided had Aaron Dutton not had an amazing game in goal. He was certainly helped by the woodwork–there was a sequence in the second half where Dorkmund rattled off a stream of at least five shots, all bouncing off the frame. Dutton also had a number of excellent reflex saves as well and kept Hillcrest in the game all night long.

Loud Mouth Award
Hillcrest owes a majority of their successful play to the mouth of Geoff Mumley. His tenacious ‘D’ and his work organizing the defense stifled a number of Dorkmund attacks. When he was subbed off, others stepped up into his place as field general but he definitely was leading the charge.

Next Week
Hillcrest has another late game this Saturday against Dep Mexico. A number of players will be away this week so Hillcrest will have to lean on their depth to have a chance to compete in this game.