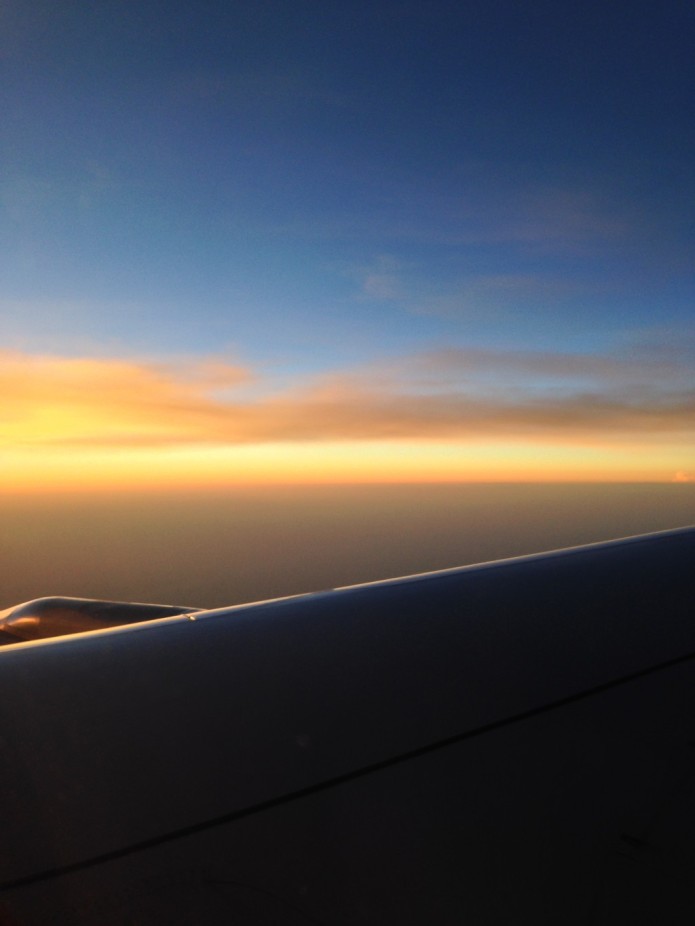 Ten days and 3,175 miles later, I’ve come to the end of my cross-country road trip. I’ve seen eleven states, three baseball games, and countless roads and highways. This journey has been a mixed bag of emotions, all together exciting and exhausting, grueling and relaxing. Through it all, I knew this day would come—I enjoy a flight back home leaving Ryan in Philadelphia to create a new one. Throughout this adventure with Ryan I’ve thought about our desire for what is familiar—what is comfortable—on a road trip that was inherently uncomfortable.

The longest road trip I’ve been on was from Seattle to Redding, CA—with Ryan unsurprisingly. This trip far surpassed that seemingly short jaunt down the coast. Being on the road for as long as we were, everything begins to blend together. Stopping in unfamiliar towns along the way to top off the tank and grab a bite to eat and then we’re on the road again for hours on end. The human body wasn’t made for sitting in a car for eight, twelve, even fifteen hours in a single day. It’s physically exhausting and for the driver, mentally taxing to be focused for so long.

Yet, there is a romanticism to the road trip that is found in American culture. It stems from the heyday of the highway. That romanticism is perfectly captured by the movie Cars and in songs like “Get Your Kicks on Route 66.” There is a great sense of freedom in the open road before you. It’s incredible to see how the landscapes of this nation change as the states fly by. The mountains of Idaho and western Montana. The wide open fields of eastern Montana and North Dakota. The rolling hills and farmland of the Midwest states.

While on the road, it was comforting to see the familiar in the middle of nowhere Minnesota. Whether it was a fellow Washington license plate or the familiar taste of a cup of coffee from Starbucks, the familiar grounded us as foreign lands sped by. Stepping outside of your comfort zone and trying new things is required on a trip like this, but the familiar provides a sense of security that the unfamiliar just cannot provide. Each has its time and place.

The juxtaposition of the familiar and the unfamiliar was put into stark contrast in Philadelphia. Ryan’s house was located in northeast Philly, in a particularly densely populated, urban neighborhood but we spent a lot of our time on Villanova’s campus in the suburbs. In the city we were surrounded by the unfamiliar and we found it hard to acclimate to that environment. Once we travelled out to Villanova, the familiar trappings of a college campus greeted us and we immediately felt at home. It was an odd feeling and something that both of us wrestled with.

For Ryan, those emotions were exponentially heightened because he was facing the unknown alone. I was with him for the first few days in Philly but he would be there for the long haul. With time, you become more comfortable with the unfamiliar, until, one day, it becomes your home. And now I’ve returned to Bellingham, to the home that I’ve built here with all its comforts and routines. I pray that the comforts of home are punctuated by the tension of the unfamiliar.