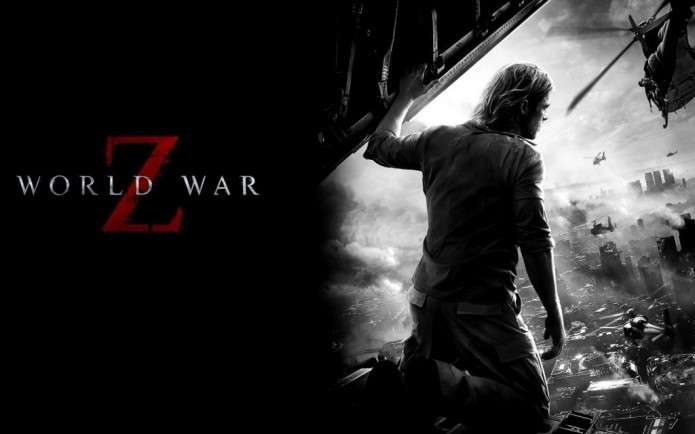 In 1978, George Romero released his classic film Dawn of the Dead beginning our cultural fascination with all things zombie. Since then, there have been hundreds of pieces of zombie fiction created spanning every medium—films, books, comics, video games, even zombie themed races. One of the highest rated television shows on cable is The Walking Dead. Max Brook’s seminal book, World War Z is now a multi-million dollar blockbuster movie. In 2011, the CDC named their disaster readiness manual “Preparedness 101: Zombie Apocalypse.” Our culture has been bitten and we’re consuming everything related to zombies.

I read World War Z while I was in grad school and I created a high school Social Studies unit plan based on excerpts from the book. The idea for each lesson was to take a story from the book, examine the social commentary, and then apply these lessons to what the student observed in our society—assessing how truthful the commentary seemed to be. Perhaps zombies have grown so popular, because good zombie fiction is rife with social commentary. It reveals something about us that’s scarier than the monsters.

There has been a recent trend in apocalyptic films where the collapse of society is caused by something other than human means. Disasters like this remove all human responsibility from the collapse of society. If humanity isn’t responsible for its own collapse then all we can do is react to whatever disaster we are facing together, unified. If movies like Dr. Strangelove and Fail-Safe are a warning against the violent nature of humanity (specifically a nuclear-armed humanity), then movies like Armageddon and 2012 are a warning against the violent nature of nature itself. The zombie apocalypse is so compelling—and terrifying—because zombies act like a virulent disease that is practically unstoppable, they’re beyond our control. They are simply mindless creatures whose only purpose is to consume.

If a zombie is simply a mindless creature, then killing them becomes easy to rationalize. They are undead and therefore do not deserve any sympathy. We are able to give into our most violent fantasies without any moral qualms. Video games like Call of Duty: Zombies and Left 4 Dead are so popular because players are able to blast away at hordes of enemies without worrying about a convoluted system of right or wrong. We are able to act without remorse and without accountability. Survival becomes the only option and everything else falls by the way side.

Survival is another hallmark of the zombie apocalypse, a small band of non-infected humans fighting against the raging horde of monsters. This is where zombie fiction gets super post-modern. Zombies can be used as a metaphor for pop consumer culture, the image of zombies ambling through a mall is poignant here. In order to stand out from the crowd—from the horde—you must be unique. And what better way to stand out against the undead than to be alive. Zombie fiction heightens our individuality and celebrates those who are able to stay alive amidst the relentless threat of homogeneity. To be truly alive, you must live apart from everyone else who is dead as an exceptional example of humanity.

The zombie also reveals our deep desire to conquer death. They break the natural boundaries that limit us to a finite existence. I believe we are drawn to the supernatural because of the deeply mysterious nature of the miraculous. So often we react with fear towards the unknown. The supernatural challenges us to accept the unknown, to be content without the unknowable. By conquering death, we elevate zombies to God’s level and release our own longing for Godly power.

Why do you think zombies are so popular? Is it the loss of control that relieves us from our societal responsibility? Or is it their supernatural state that overthrows the natural order? Whatever it is, we’ve created something that exposes our deepest societal fears. Zombies reflect what is best in us and worst. I find it fascinating that we have latched onto these fears and have created a monster that speaks to all of them.