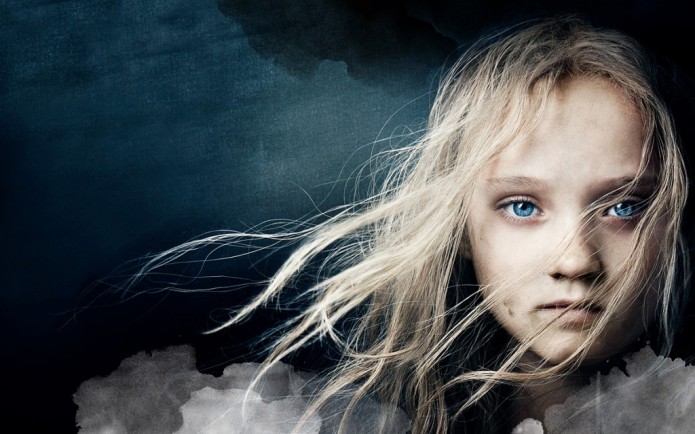 I just recently watched Tom Hooper’s adaptation of Les Misérables for the second time and was, again, blown away by the social and theological themes presented in the film. I think what resonated with me the most was the humanity of the characters in the story. The characters that inhabit Victor Hugo’s world do not fall into neat boxes of morality, good versus evil. They are all flawed beings who are full of contradictions and passions. The most powerful message conveyed in the film (and book and stage musical) is one of social justice and ethics. This message of social justice intersects with Jesus’ own messages on society and living as Christ followers in the modern world.

For this post, I am most interested in the contrast between Jean Valjean and Javert. They are both men who have faced the realities of poverty and the imprisonment of that reality (both literal and figurative). Yet, despite a common beginning, their paths are wildly divergent. They both are recipients of two separate redemptive acts and their reactions to these acts are informed by the context they have been raised in. It is through this contrast we begin to understand the abstract concepts of grace, mercy, and justice.

One of the great misfortunes one can make when examining Javert is to cast him as a villain who knows no mercy. I think he has a very keen understanding of mercy. Javert, who was born in a prison “with scum like [Jean Valjean],” understands mercy in the context of law and order. He was able to lift himself out of his lowly circumstances by strictly adhering to and following the law of the land and of God. “And those who follow the path of the righteous, shall have their reward, and if they fall, as Lucifer fell, the flame, the sword!” This understanding of mercy and God’s law allowed Javert to save himself through his own efforts. The rules were fixed and known and all he had to do was follow them. His concept of justice flows from this worldview; it is inherently tied to God’s law, there is little room for miraculous grace.

Jean Valjean is profoundly affected by the failings of society. He was imprisoned for stealing a loaf of bread for his sick nephew and when released was excluded from a dignified existence after being labeled a dangerous criminal. In his experience, the justice and mercy of Javert and the state only drive him further into the miserable life. After committing his second crime, the Bishop shows Valjean mercy by giving him freedom even after Valjean stole his silver. This act of grace transforms Valjean’s life. “He told me I have a soul, how does he know?” But this is not the only thing the Bishop gives him. Valjean is given a completely new understanding of justice, a chance to live out restorative justice.

By allowing Valjean to take the stolen silver anyway, the Bishop gives Valjean the physical means to actually lift himself out of his circumstances. He is able to create a new identity for himself. When he is faced with injustice that he has perpetrated, in the form of Fantine, he spends the rest of his life making right what he had made wrong. This is not because Valjean is a saint. It is because the Bishop showed him that true justice and mercy demand restoration. Valjean’s own restoration has given him the chance to give away restorative justice himself.

I think this concept of restorative justice is important for Christians to ponder today. We live in a world that treats justice the way Javert treats justice. It is an abstract and impersonal concept that has no connection to the people it affects. Javert cannot see that by hunting down Valjean, he is affecting more than just a perpetrator of a crime but a broken family as well. “Listen to me! There is something I must do. This woman leaves behind a suffering child. There is none but me who can intercede, In Mercy’s name, three days are all I need.” Valjean’s understanding of justice and mercy has a name. For Valjean, justice and mercy are named Fantine and Cosette.

The miserable ones in our modern society don’t need simple acts of mercy. They need restoration and transformation. They need a name. I often hear Christians championing the need to serve the poor and the broken in our society and yet they cannot name a single poor or broken person they knew. Recently, the social service agency that I am working for has been meeting with a local church so they can decide whether or not they might be able to provide similar services in their community. After observing some of our programming, the church leaders have become hesitant because they don’t know if they have the capability to restore the broken people we serve. In essence, justice and mercy have been abstract concepts for them until now, but when faced with actually providing redemptive services, they shy away. Why is this? How can we change this? The New York Times recently ran an article that shows one way restorative justice might work. How can we transform our moral world from Javert’s into Valjean’s? Where are your Fantine’s and Cosette’s in your world?

One thought on “Restorative Justice in Les Misérables”