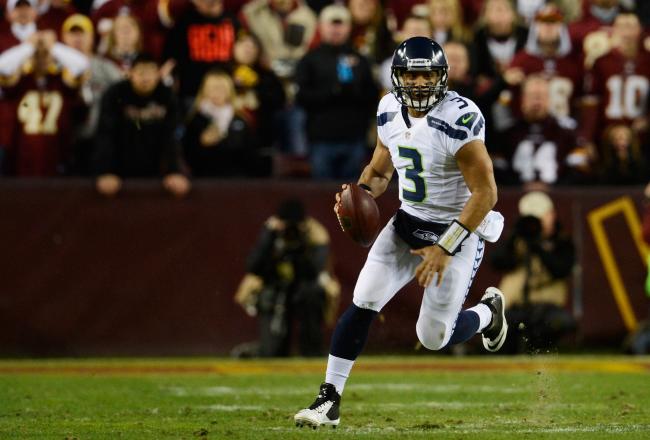 Sports fans love to create narratives for their teams. The team of destiny, our team never quits, the perennial underachievers. These narratives help the sports fan connect with their team by allowing them to rationalize the performance of the team, whether the team is successful or unsuccessful. During the 1995 baseball season, the Seattle Mariners had a slogan that created a narrative for the fans to latch onto, “Two outs, so what?” This narrative described the Mariners as a team that never quit who could make the greatest of comebacks, even with two outs.

The Seattle Seahawks will play their first-round playoff game in Washington D.C. on Sunday afternoon. There are many narratives that we can ascribe to the Seahawks but one of them will be front and center this weekend and for the rest of the playoffs; The Seahawks are unbeatable at home but weak on the road. I think most Seahawk fans are familiar with this narrative. This year, the Seahawks were undefeated at home and 3-5 the road. Since Pete Carroll became coach, the Seahawks are 8-17 on the road, including a road loss in the playoffs against Chicago. Let’s take a deeper look at homefield advantage, with a specific focus on the playoffs.

2011
Home Team Record: 8-2
Super Bowl Champion: New York Giants (#4 seed)
The New York Giants delivered both home team losses last year, win at Green Bay in the second round and win at San Francisco in the Conference Championship. The Giants were 5-3 on the road in the regular season.

2010
Home Team Record: 4-6
Super Bowl Champion: Green Bay Packers (#6)
The 2010 Green Bay Packers actually compare rather favorably to the 2012 Seahawks. The Green Bay Packers had to win three straight road games to reach the Super Bowl. The Packers were also 3-5 on the road in the regular season, adding to the comparison.
Fun fact: the only home team to win in the first round was the Seattle Seahawks.

2009
Home Team Record: 7-3
Super Bowl Champion: New Orleans Saints (#1)
Not much to say here except that the New York Jets reached the Conference Championship as the #6 seed. The Super Bowl was actually played between the two #1 seeds, New Orleans and Indianapolis.

2008
Home Team Record: 5-5
Super Bowl Champion: Pittsburg Steelers (#2)
Again, not much to say here. The Philadelphia Eagles and the Baltimore Ravens reached the Conference Championship as the #6 seed by winning two road games.

2007
Home Team Record: 5-5
Super Bowl Champion: New York Giants (#5)
The 2007 New York Giants also compare favorably to the 2012 Seahawks. They had to win three road games in a row to reach the Super Bowl and then defeated the undefeated Patriots. However, the Giants were 7-1 on the road during the regular season.
Fun fact: The Seattle Seahawks defeated the Washington Redskins in the first round in Seattle.

In the last five years, home teams are 29-21 in the playoffs for a .580 win percentage. Three of the five Super Bowl champions played three playoff games (no first round bye) before going to the Super Bowl and two of them won all three on the road.

The numbers show us that there is a marginal advantage to playing at home in the playoffs. This is probably not a groundbreaking statement but it should not be taken as fact that home teams always win. Nor should it be taken as fact that the Seahawks always play worse on the road. Over a 2-3 game span, anything can happen, especially when the best teams are playing each other. I mean over a three game span this season, the Seahawks outscored their opponents 150-30. I’m not saying that the quality of opponent we will be facing in the playoffs is the same as the Cardinals, Bills, and 49ers (well, there is a high probability we will face the 49ers again in the playoffs). The playoffs are designed to reward the team that is playing the best at that moment, not the team who had the best season overall.

Playing on the road is certainly not ideal for the Seahawks and certainly makes our road through the playoffs more difficult. However, recent history shows us that this disadvantage is hardly insurmountable. If the Seahawks were able to win three straight road games and make it to the playoffs, their legend would have grown exponentially, whether or not we then won the Super Bowl. Rewriting the narrative is a far more exciting and engaging prospect than remaining trapped by the same old tropes that befall our team. Here’s to changing our stories! Go Hawks!